The Future of Concerts

This is the Future of Concerts… marshmello Live @ Pleasant Park Inside Fortnite map. The Animations where insane the stage came to life reports say its the biggest Festival known to man with its 10Million live participators.

Even if you’re not a huge fan of electronic music or have never heard of the EDM producer Marshmello, Fortnite’s live in-game concert was still a shockingly stunning sight to behold — it was also an unprecedented moment in gaming. It truly felt like a glimpse into the future of interactive entertainment, where the worlds of gaming, music, and celebrity combined to create a virtual experience we’ve never quite seen before.

At 2PM ET today, every one of the likely tens of millions of players of Epic Games’ battle royale title were transported to a virtual stage. There, Christopher Comstock — who goes by the DJ name Marshmello and is known best for his signature food-shaped helmet — began a 10-minute mini-set, all while while up to 60 players across thousands of individual matches were able to watch live. Epic, having learned from past one-time live events like its iconic rocket launch and its most recent freezing over of the entire game map, smartly launched a special game mode specifically for the show.

Based on its team rumble mode, it allowed players to respawn if they were taken out by an especially rude enemy trying to spoil the fun. Going even further, however, Epic disabled the ability to use weapons for the entirety of the 10-minute event, which ensured that everyone could have a front-row seat to the spectacle. 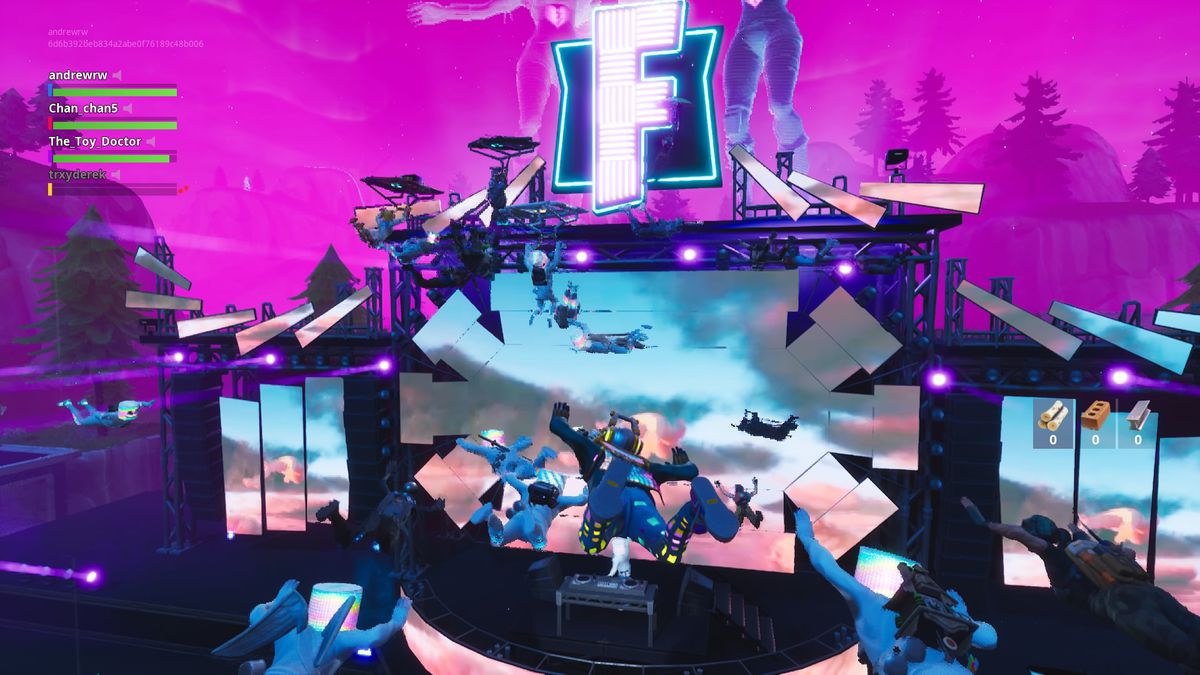 And it was quite visually impressive. The stage came to life with building-sized holograms of Fortnite characters, while a custom set of graphics played behind Marshmello’s avatar. At certain points, timed to the shifts in the fast-moving dance music, the stage would alter gravity, sending players bouncing into the sky and even floating in place at one point. All the while, a majority of players, at least in my match, were dancing using in-game emotes and generally goofing off in various spots around the stage and up close right in front of Marshmello’s avatar. It finally felt like a Fortnite event that wasn’t punctuated by guns and chaos, as most prior ones have been. (Granted, as soon as the event ended, the scene devolved into a killing contest between the two sides.)

The concert, held at the in-game location Pleasant Park, was teased for days, showing up on Marshmello’s real-life tour schedule and, eventually, advertised via posters within Fortniteitself. Meanwhile, the virtual stage underwent various levels of construction. Then, Epic released a Marshmello skin, glider, and emote, alongside a special three-challenge quest for players to earn a matching pickaxe and other items. 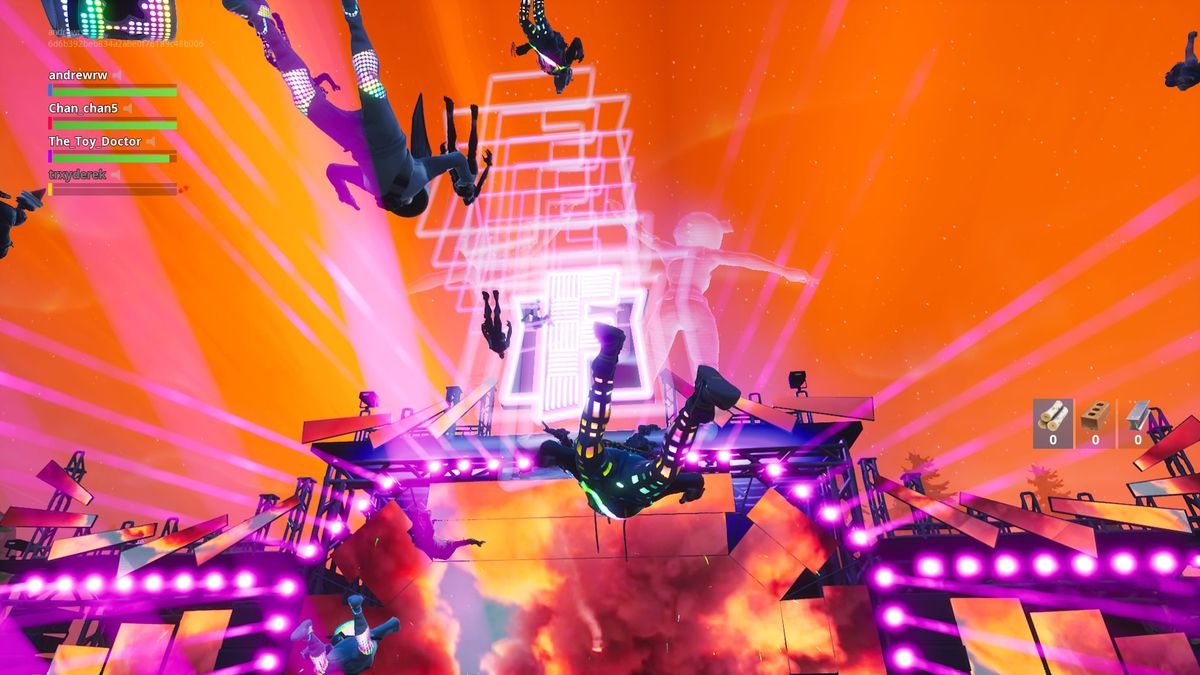 The whole event is sure to have earned Epic a sizable sum in microtransaction revenue from skins and emotes, and one can only imagine what kind of advertising or other marketing campaigns could one day make use of the technology here. But, right now, the concert feels like a concerted attempt by Epic to truly out-do itself and raise the stakes for what a live, persistent game world can be capable enough with the right creative minds and technical infrastructure put to the task.

If you missed the event, you can check out the full concert below courtesy of Polygon:

And if you’re interested in seeing the set live in-game again, or if you live in a time zone that didn’t permit you to see it the first time, Marshmello announced on Twitter that he’ll be playing an encore at 2AM ET this Sunday, February 3rd.
Tagged as concert fortnite marshmello

BG morning show every Monday to Friday from 08:00 till 10:00 with Mr Michel Orthier

When it comes to being in-tune and in-touchwith the spirit of adventure that is prevalent in the Costa del Sol, this is the only Radio Station you will need. It’s the sound that starts, drives and ends hundreds of great nights-out in this part of Spain, and now, you can have this music with you wherever you are, whatever the time of day or night.
Discover more

BG morning show every Monday to Friday from 08:00 till 10:00 with Mr Michel Orthier

Created and Designed by BeachGrooves